Known as the White City, Arequipa is Peru’s second largest city and the capital of the region of the same name. Arequipa was a highly important economic center during the Colonial period, and was even capital of the country for a time after Peru gained independence from Spain.

Want to go? Visit Arequipa on one of our 3- or 4-day Arequipa tours!

Today, the city is known for its alpaca and vicuña fiber industries and other manufactured goods. Arequipa has one of the most gorgeous historic centers in all of South America, and is actually a UNESCO World Heritage Site. Colonial-era buildings in the so-called “Escuela Arequipeña” style adorn its main plaza, gleaming white due to the locally-mined volcanic rock, known as sillar, used in their construction. 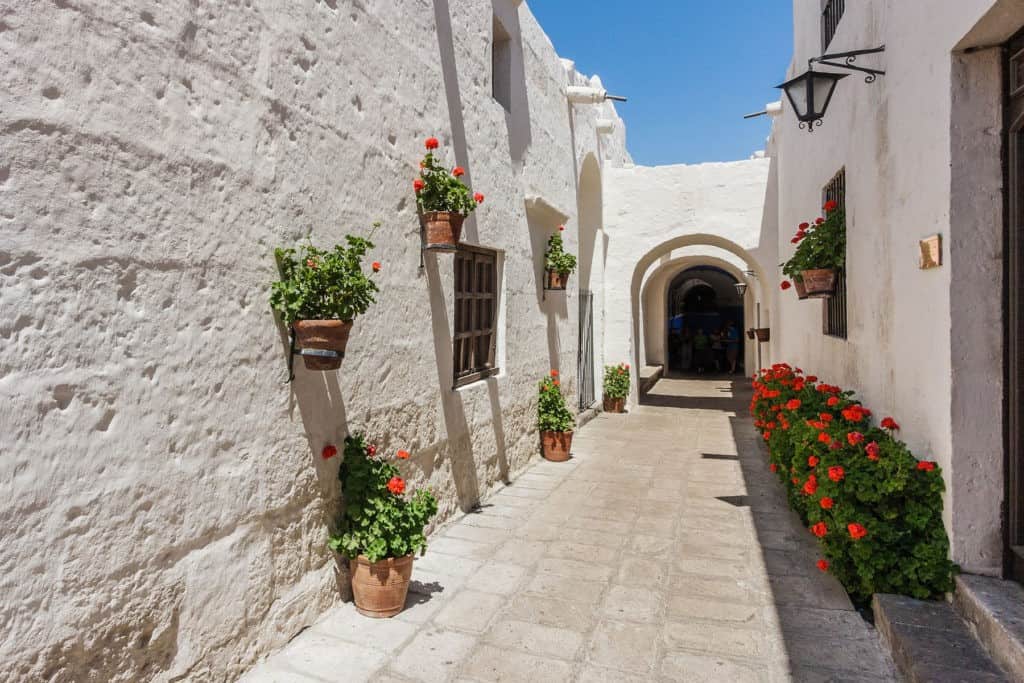 Located at 2200m (7218 ft), between the high Andes Plains and the desert coastline, Arequipa enjoys a superb climate: warm and sunny during the day, and cool at night. December to March is considered the rainy season, but this usually means that there is a cloud cover with occasional rain as opposed to the heavy downpours typical of the Peruvian Andes. Arequipa is also ringed by volcanoes: Misti, the classic conical volcano whose last eruption was in 1985; Chachani, a very popular climbing option; and Picchu Picchu, a double-peaked, inactive volcano reaching a height of 5664 m. 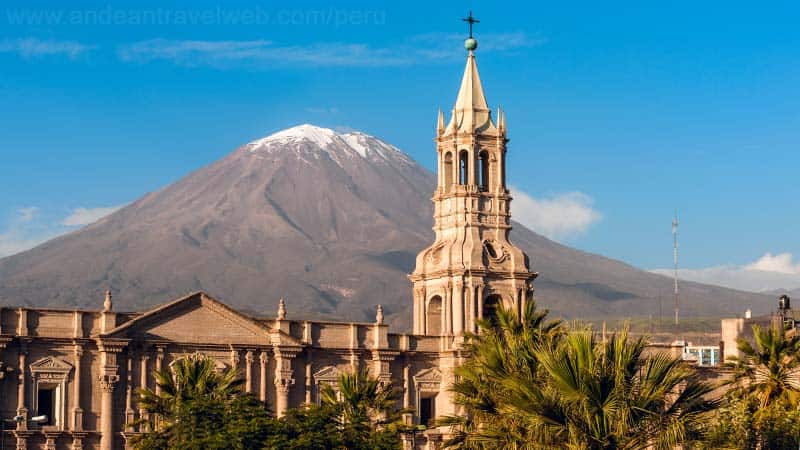 Things to do in Arequipa

Arequipa is filled with fabulous architecture, from neoclassical to Baroque styles. One of the most interesting attractions is the Santa Catalina Convent, located right in the heart of the historic center. It is like a town within a town! In the colonial days of the early sixteenth century, there was a tradition indicating that the second son or daughter of a family would enter a life of service to the Church. Santa Catalina accepted only women from upper-class Spanish families. There are still a small number of nuns living at the convent to this day.

However, Arequipa is likely most notable for its proximity to the famous Colca Canyon, one of the deepest in the world – second only to neighboring Cotahuasi Canyon – and notable for the abundance of condors who soar through its depths.

Cruz del Condor (Condor Cross) is a popular spot from which one can see majestic condors soaring on the thermal vents between the canyon walls. Winding along the base of the canyon runs the Colca River. Visitors also have the opportunity to visit some interesting towns such as Maca and Pinchollo, which still maintain their authentic Andean traditions. Those who enjoy a good soak can take advantage of the relaxing hot springs located in the main town of Chivay. 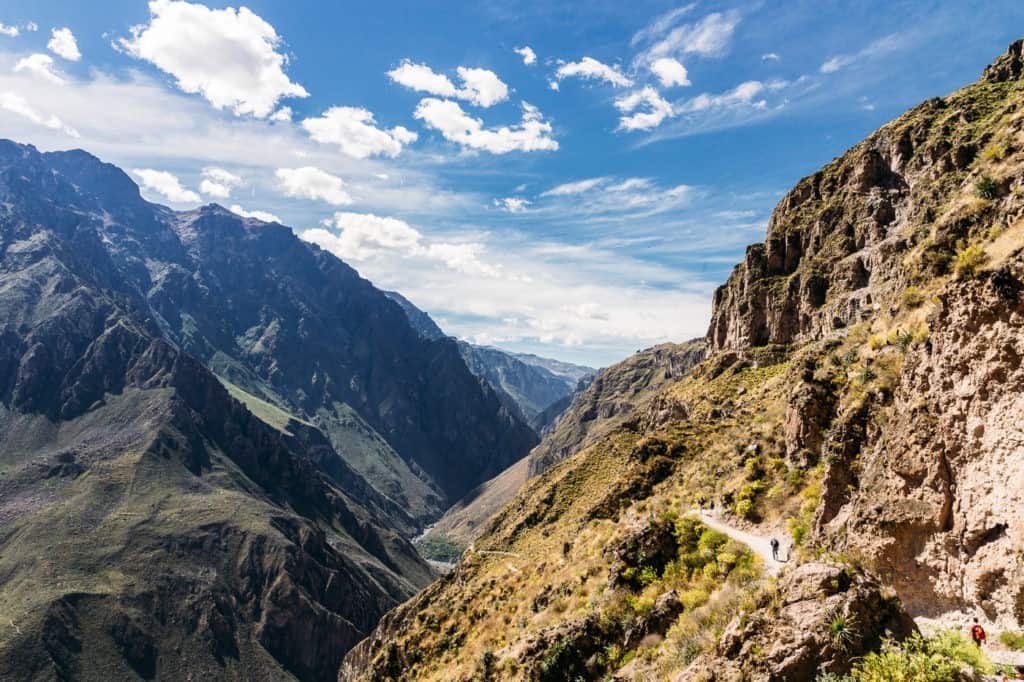 En-route between Chivay and Arequipa lies the Pampa Cañahuas National Reserve, which is the best place to catch a glimpse of the elusive and graceful vicuña.

Don’t miss out! We offer fabulous 3- and 4-day tours that capture the highlights of this region, great extensions to add to any Andean trek and also a perfect way to slowly acclimatize to the high altitude!

What to Eat in Arequipa

Some of the best traditional Peruvian dishes originate in Arequipa! If you like spicy food then you should definitely try some of the renowned local dishes, such as rocoto relleno, a spicy meat stuffed chili pepper, or ocopa, potatoes topped with a creamy yellow pepper sauce, similar to papa a la huancaina common in Cusco. Arequipa also boasts delicious seafood dishes, such as its famous chupe de camarones, shrimp chowder. 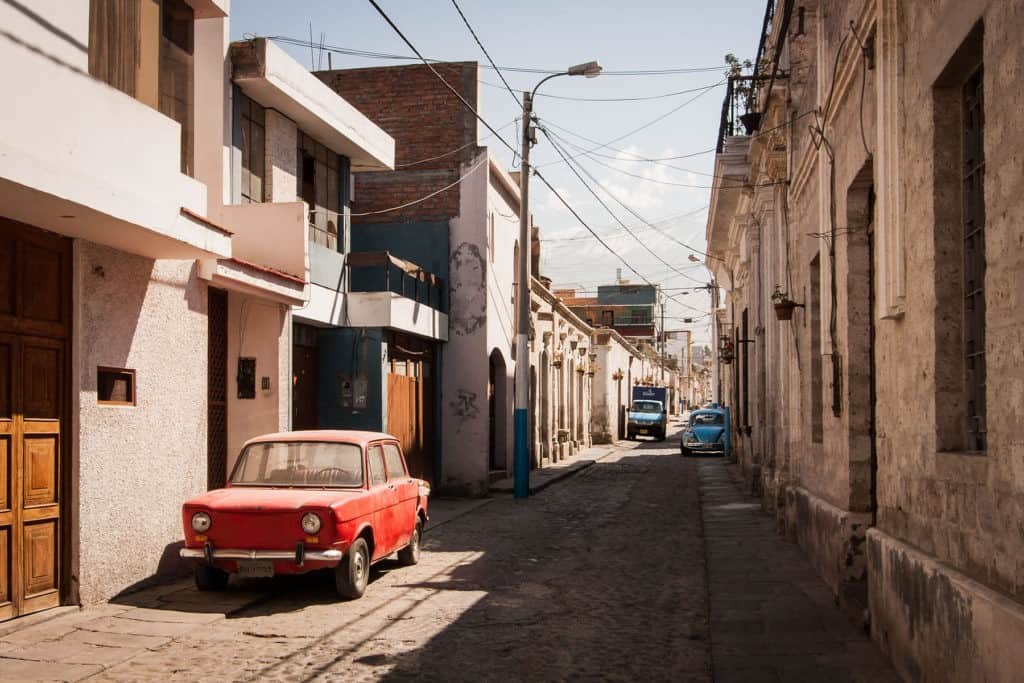 Hotels in the Colca Canyon