Interested in Christmas in Peru? Then you have come to the right place to learn more about Peruvian Christmas traditions! We’ve spent many festive seasons in Cusco with our Peruvian family and are delighted to share our insights into this special time of year.

Early Peruvians immediately identified with the festival of Christmas due to the rural nature of the nativity story, where the baby Jesus was born in a barn. Christmas in Peru began taking on characteristics of its own, and it is probably the most important celebration of the year. In Cusco, the Plaza de Armas is decorated with nativity animals in lights from about the 10th of December onward, and the whole city takes on a festive air. 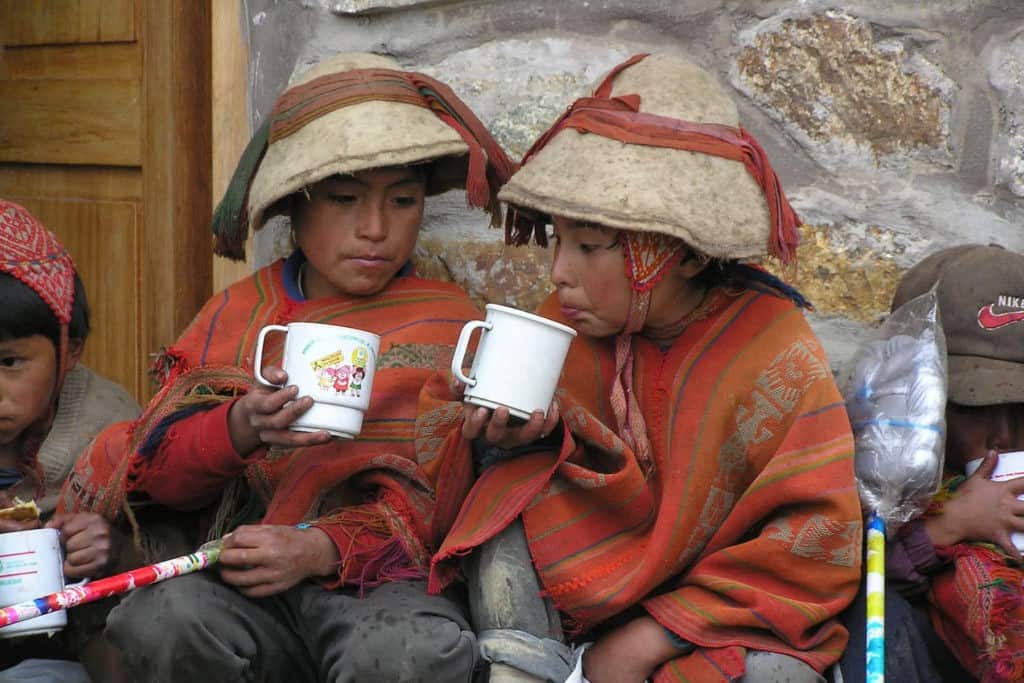 usually the week before Christmas

> Want to go? Join us on a 5-day Chocolatada Trek to experience this tradition first-hand!

During Christmas in Peru, the Andean people put together nacimientos or Nativity scenes in churches and homes, perform dances and plays, and cook typical dishes. Most families buy the pieces for their nativity scenes at the fascinating market of Santurantikuy (the Selling of the Saints; see more info below), held in the Plaza de Armas on the 23rd and 24th of December.

Campesinos (people who live in the countryside) also sell plants and mosses during Christmas in Peru, which are used in the traditional nacimientos. Families will keep their nativity scenes until the until the Bajada de los Reyes (the Arrival of the Three Wise Men) on January 6. You can go from church to church in the week preceding Christmas to see the different nativity scenes and listen to choir concerts. 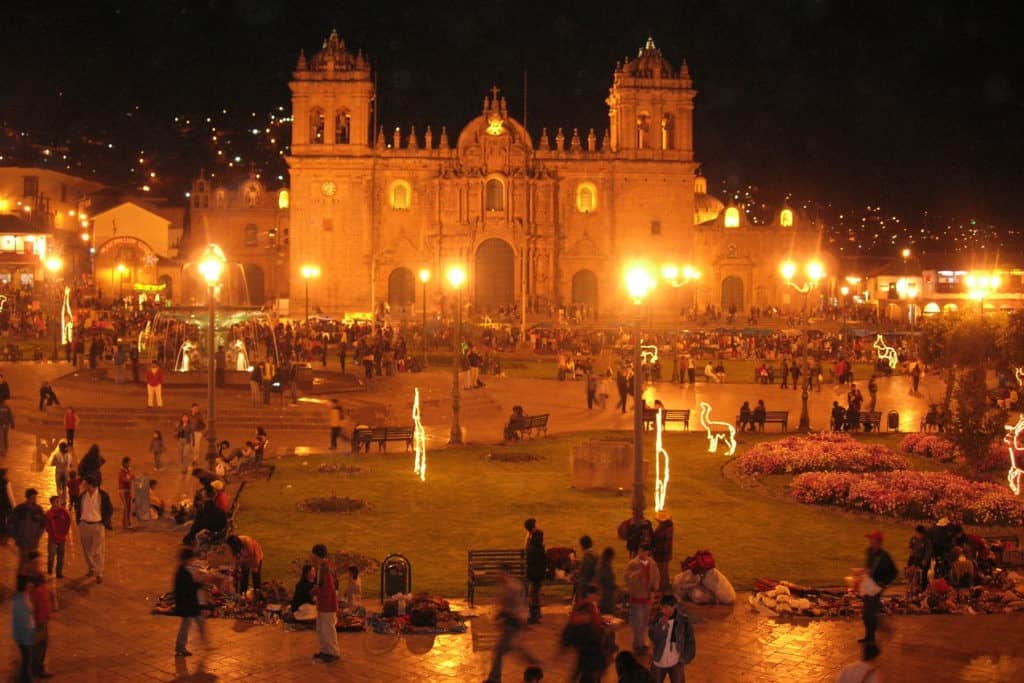 Also known as Santikuraray, the “Selling of the Saints” is a traditional fair held in the Plaza de Armas in Cusco where hundreds of artisans come from the surrounding area to sell carved Nativity scene ornaments and other handicrafts. The origins of the Santirantikuy go back to the days of the Spanish vice-royalty. Today it’s one of the largest arts-and-crafts fairs in the country. As it is held only once a year, there is an air of expectant excitement around the fair, as everyone prepares.

The central figure of the Christmas in Peru fair is the Niño Manuelito, the Andean version of the baby Jesus. Besides the baby Manuelito, you’ll find the other Nativity figures, all with an Andean touch, as well as Saints’ images. Much appreciated are the boxed scenes, known as retablos, whose small figurines can represent almost every aspect of life, secular or sacred, though for the occasion you’ll almost only find Nativity scenes.

Although the fair started as a Christmas-specific market, over the years it has expanded to include other goods. At night, street vendors sell a traditional hot and sweet rum punch called ponche, to warm up chilly visitors.

From a tourist perspective, Christmas Eve (known as Noche Buena in Peru) flies a bit under the radar in Cusco. It is a time when families get together in their homes to celebrate and exchange gifts. Well-off families eat turkey while for many others chicken suffices. Panetón (a bread filled with candied fruits) is very popular, as is hot chocolate. Other features of a Cusqueñan Christmas are familiar to those elsewhere, including Christmas trees and depictions of Santa Claus.

Want to go? Ask us about our Christmas in Peru Packages as well as the unforgettable cultural immersion Christmas Chocolatada Trek.